Ever since I saw Betty Grable's yellow suit in the movie Pin-up Girl from 1944 I wanted to make that it. Below you can see some bad screen caps of it. 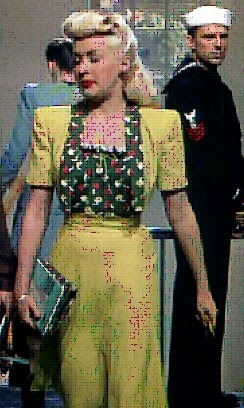 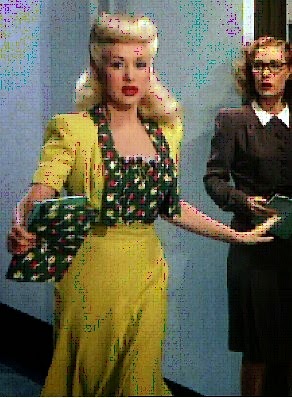 My first try was made from cotton twill, since I just couldn't find any rayon or wool crepe in that colour.  I also made the jacket  larger so that it can be closed and it has a curvier cut. In this I was inspired by several 1940s patterns, such as this one: Advance 2236. This was in 2010. 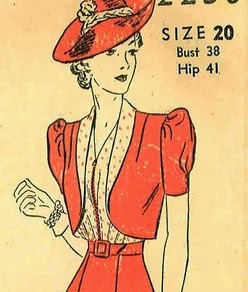 This made  the jacket more practical, but it looks less like the original.

In 2014 I had finally found a suitable fabric, though it was a mix of polyester and rayon and not pure rayon.
I made a new version of the suit and a new blouse. The blouse is made in a reproduction of the cotton print used in the movie and it's from Spoonflower, and made by Charlotte, who has the blog Tuppence Ha'penny. This time the blouse is less like the original though, since it has a drawstring around the neckline instead of being gathered and having a piece of ribbon sewn over the gathers. I didn't feel like doing extra hand sewing at the time and I also didn't have a ribbon in the right colour at home. 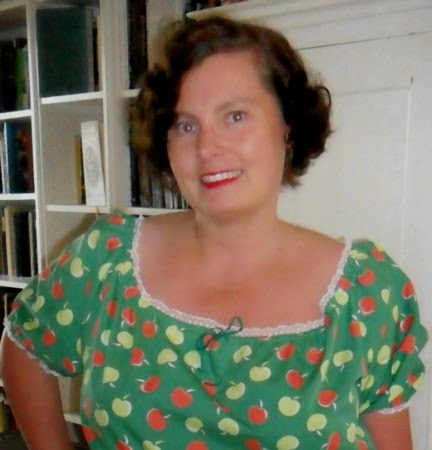 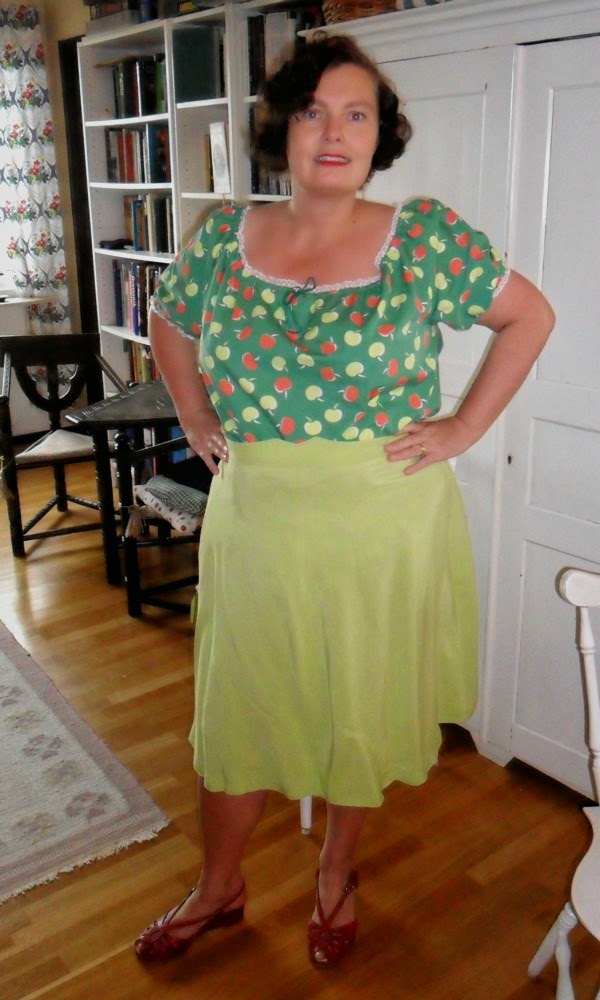 I am of course much fatter than Betty Grable, but you can't let things like that stop you. I actually wore this suit on the Swedish version of the Great British Sewing Bee, which is called "Hela Sverige syr". I was not a participant, but was interviewed about clothing and gender, which is one of my main research topics.