I bought this fabric, which is William Morris' "Anemone" on Goldhawk Road, London, in 2005 just because it was so pretty. But I really couldn't think of what to make from it. Liberty cottonns often are like that: pretty, but not really suited for clothing.

Then in 2009 I realised that it would probably work with my 1940s Simplicity 3689 pattern that I had got  as a gift from Ashariel on Livejournal. 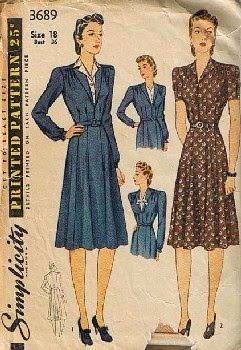 I hadn't done much sewing from commercial patterns, since I've a) mostly done historical sewing and b) usually make my own patterns so I was a bit wary about trying it.

There were some issues, above all I had to take in the shoulder width a lot and the sleeve pattern was missing, so I had to draft one from the pattern overview.

The original and my adjusted bodice pattern. 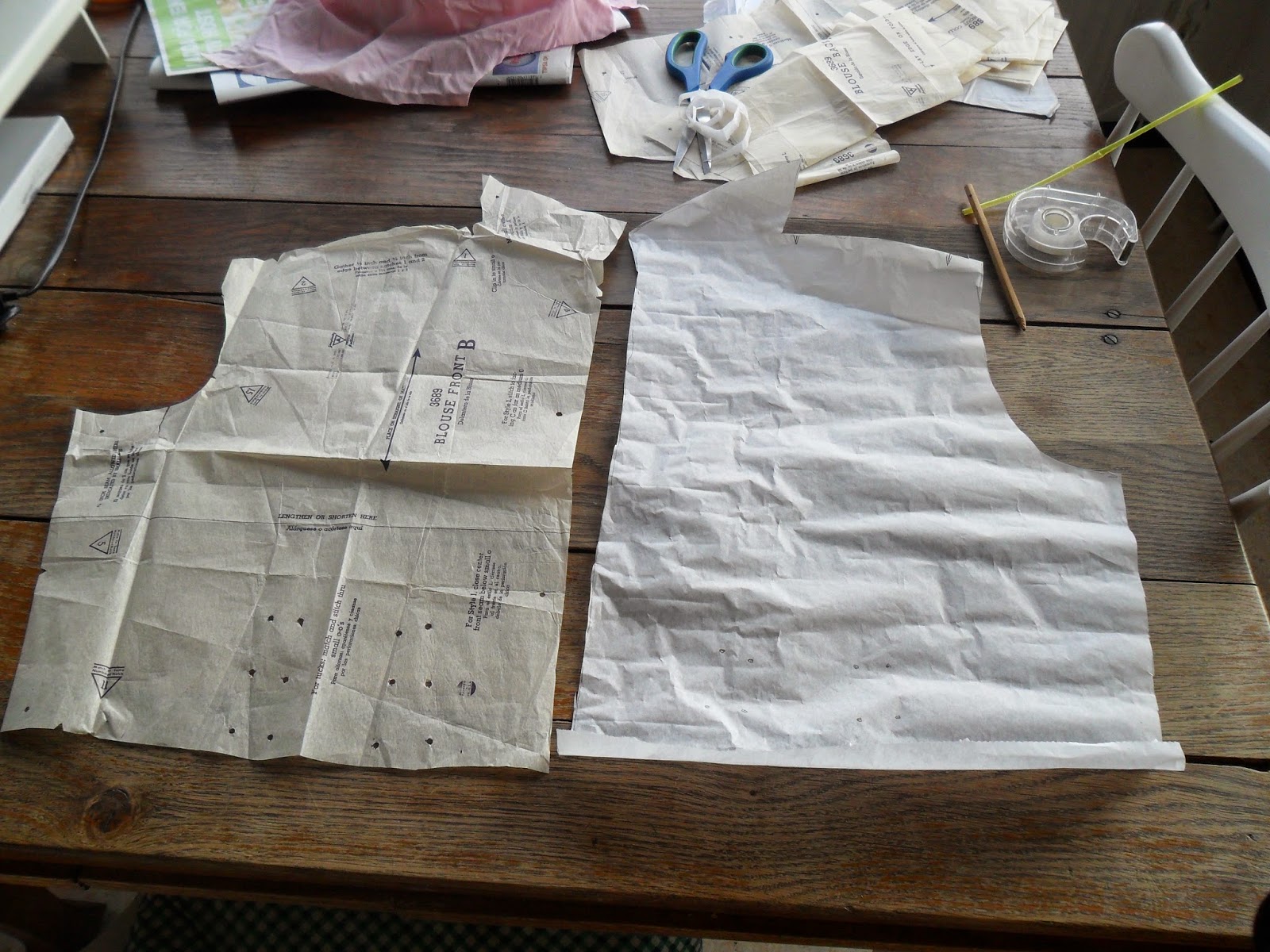 But in all it wasn't as difficult as I had thought and I'm pretty happy with the result. I have used that pattern after that and the sleeve is my favourite sleeve pattern.