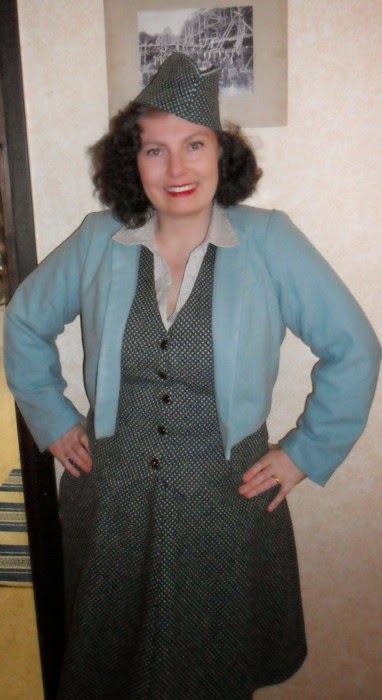 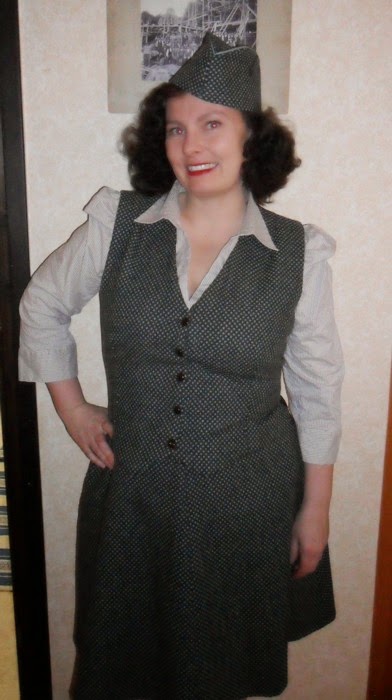 One thing that inspires me with 1940s fashion is the way clothes were made to be combined and how women actually wore suits, with many different pieces.

The inspiration for this suit came when I realized that the small mint green dots in the brown wool (or something) that I had just bought was the exact same shade as the mint green wool my mother had given me a year earlier, and which I had originally bought for her so that she could make a medieval dress out of it. Well, apparently that never happened and I got the fabric back.

I didn't have that much of any of the fabrics, so I decided to start with making one skirt from each fabric. Then I made a waistcoat from the brown fabric, though the back was brown rayon and almost two years later I made the mint jacket and a little hat from the scraps.

The blouse I'm wearing in the fuirst two photos is from H&M,  In the third and fourth photos I'm wearingt wo different 1940s blouse that I made myself .

Here's the only photo that I have when I'm wearing the mint skirt, though with a modern top.

And a close-up of the hat, which has a "feather" made from the mint fabric and mint piping along the seams. 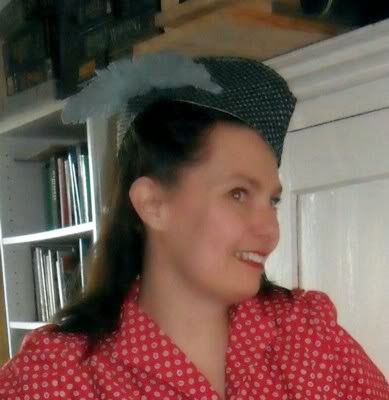