In an earlier post I argued that this type of dress, the wrap style house dress, should be seen as an innovation in dress in the 1920s and '30s. Or rather: that it came about as an answer to a problem caused by a change in society, where middle class women had to do all or some of their housework due to a shortage of (female) domestic servants. This was a "problem" that had been widely debated since the late 1800s and many unsuccessful attempts hade been made to convince young women that instead of (usually) better paid factory jobs where your free time was your own to decide what to do woth you should work and live with a family as a maid. Women from the working and farming classes had of course always done their housework in the clothes they usually wore, but this type of dress was (partly) invented to give the middle class something both pretty and practical to wear while doing housework. And which would distingusih them from the work wear and uniforms worn by servants doing the same kind of work.
In Swedish magazines they are presented as an American type or coat or apron and it was from the US that the innovation came. The then-not-yet-president Hoover was very active in promoting what was to be called, among other things, "the Hoover apron". Because this type of dress was easy to wash, an exception in an early when most clothes weren't easy washable, it was going to lead to better hygiene in the preparation of food.
Hygiene is also something that is stressed in the Swedish usage of this type of dress - in this mail order catalogue from Oscar Ahrén 1941 it is mentioned that nurses are among those who need to wear this coat. it is also called a "protection coat" in Swedish, even the pretty floral ones. 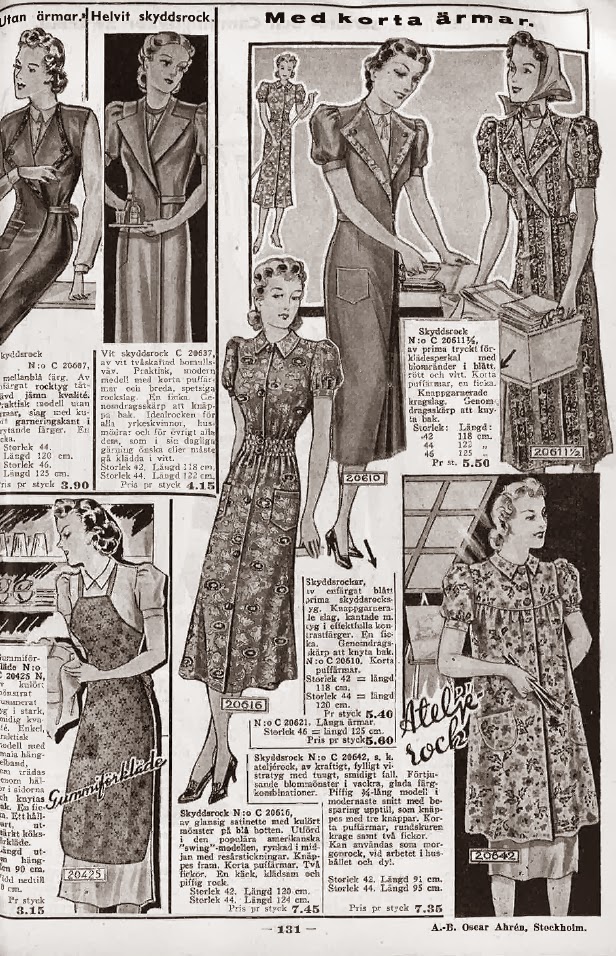 I've sewn lots of house dresses, but usually in a '40s or '50s style, but to get closer to the actual "innovation" I this time decided to choose a late '20s-early '30s model. I thought that it would look really horrible on me, but it turned out pretty good. 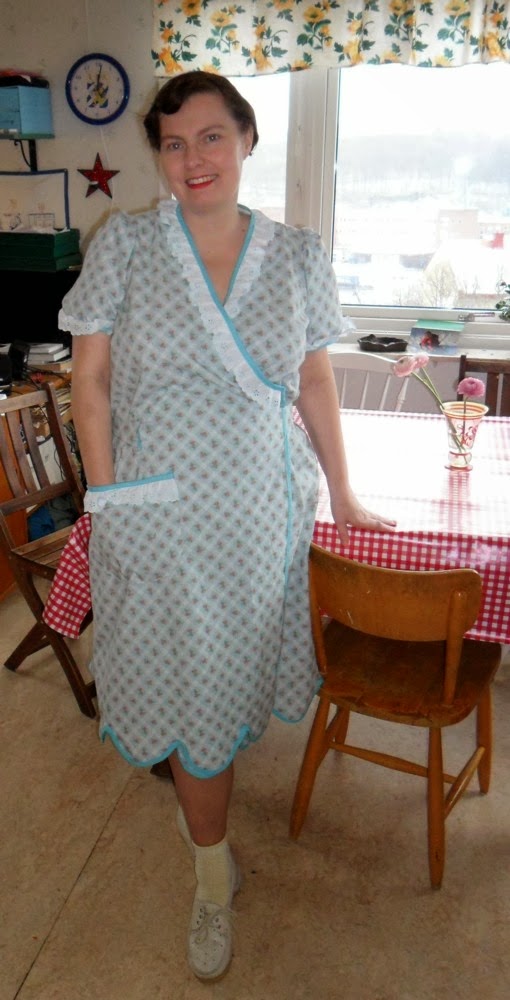 I have this far worn it in doing laundry, dusting book shelves and slouching in the couch, among other things.

The main inspiration was this dress (c.1930), as you can see from the flounces, the scalloped edge and the bias binding. 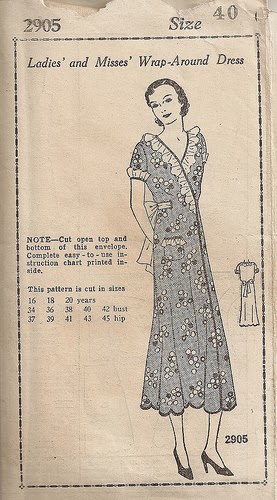 I also looked at this one for the construction, since it shows the inside. I made only one bust dart to the side, but later added one that goes up into the armscye, because it fit better that way. 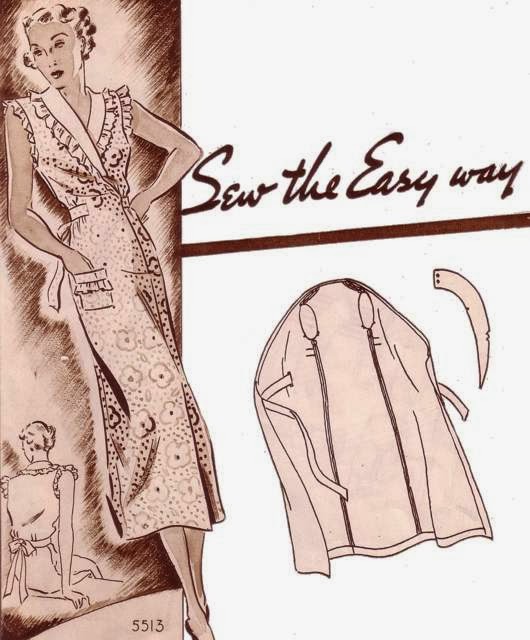 I don't know when swiss embroidery edging was first used, but it was too pretty to stay away from. And I didn't have to hem flounces. Luckily I hade bias tape on a 25 metre roll in exactly the right shade from when a fabric store closed and it was really cheap - you never know when you are going to need such things.