I just made a pyjamas for the doll house dad and shifts for mum and the kids so that they could celebrate Lucia today. The crown is made by my ten year old daughter Maja from Fimo clay and while I probably could have made one that looked more real from paper and pieces of cotton sticks I fo course had to use it since she made it. Lucia is Swedish tradition which has old roots, but which was revitalized in the late 19th century and got it's modern from in the 20th. You can read more about here in wikipedia and also see and listen to an offical celebration here on Youtube. Lucia is celebrated in every shcool and preschool and still in many homes, though I think it has become much less common. In the 1940s, the time where my dolls house "lives" it would have been mother and children who woke dad with singing and coffee and something to eat: saffron buns, gingerbread or just a sandwich. 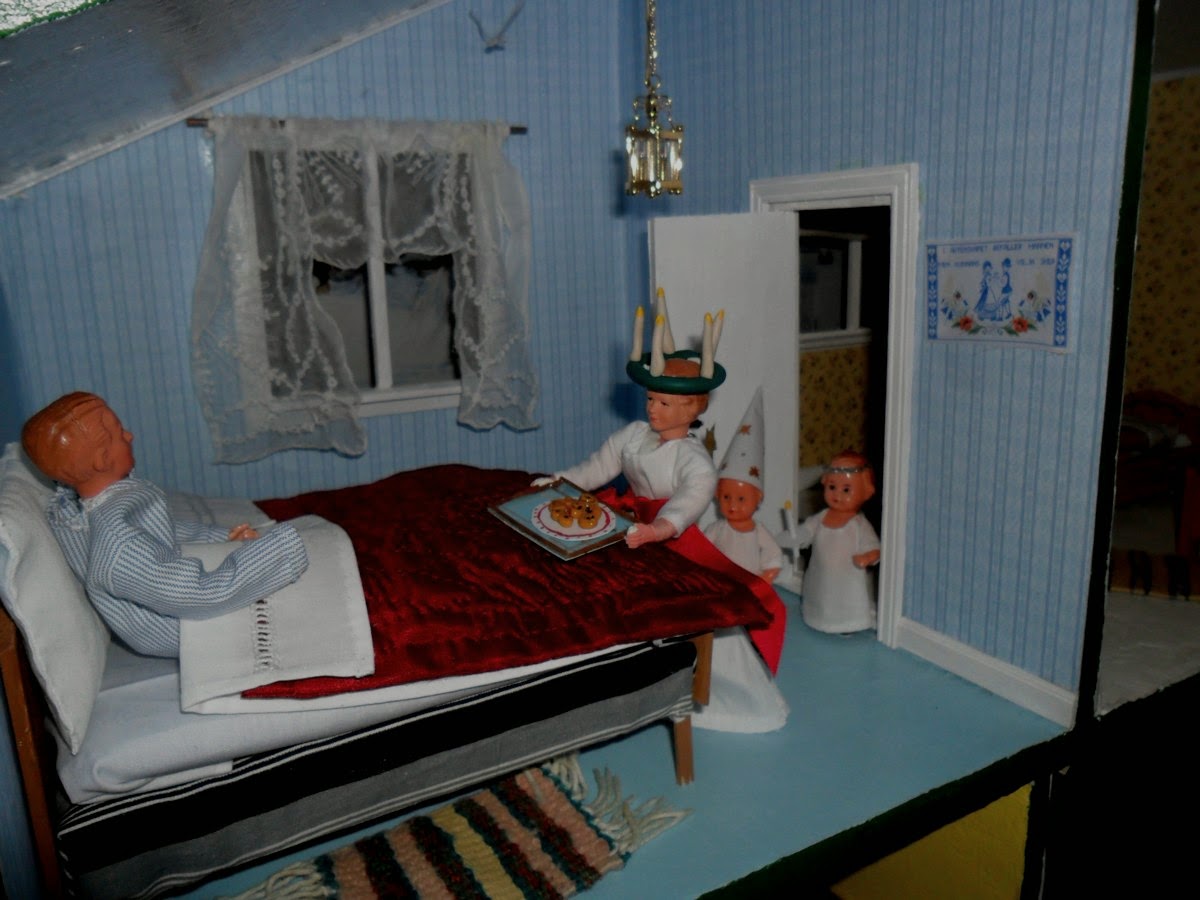 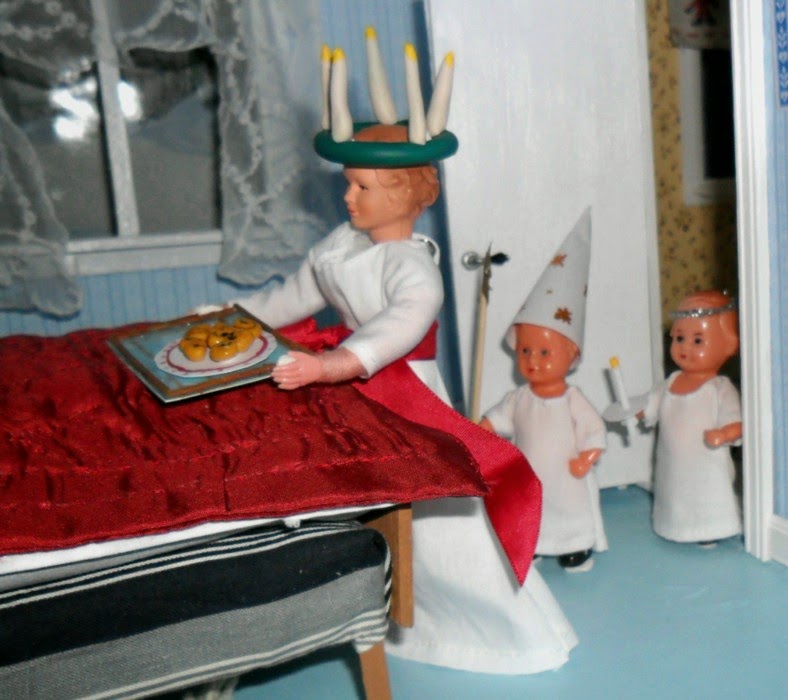 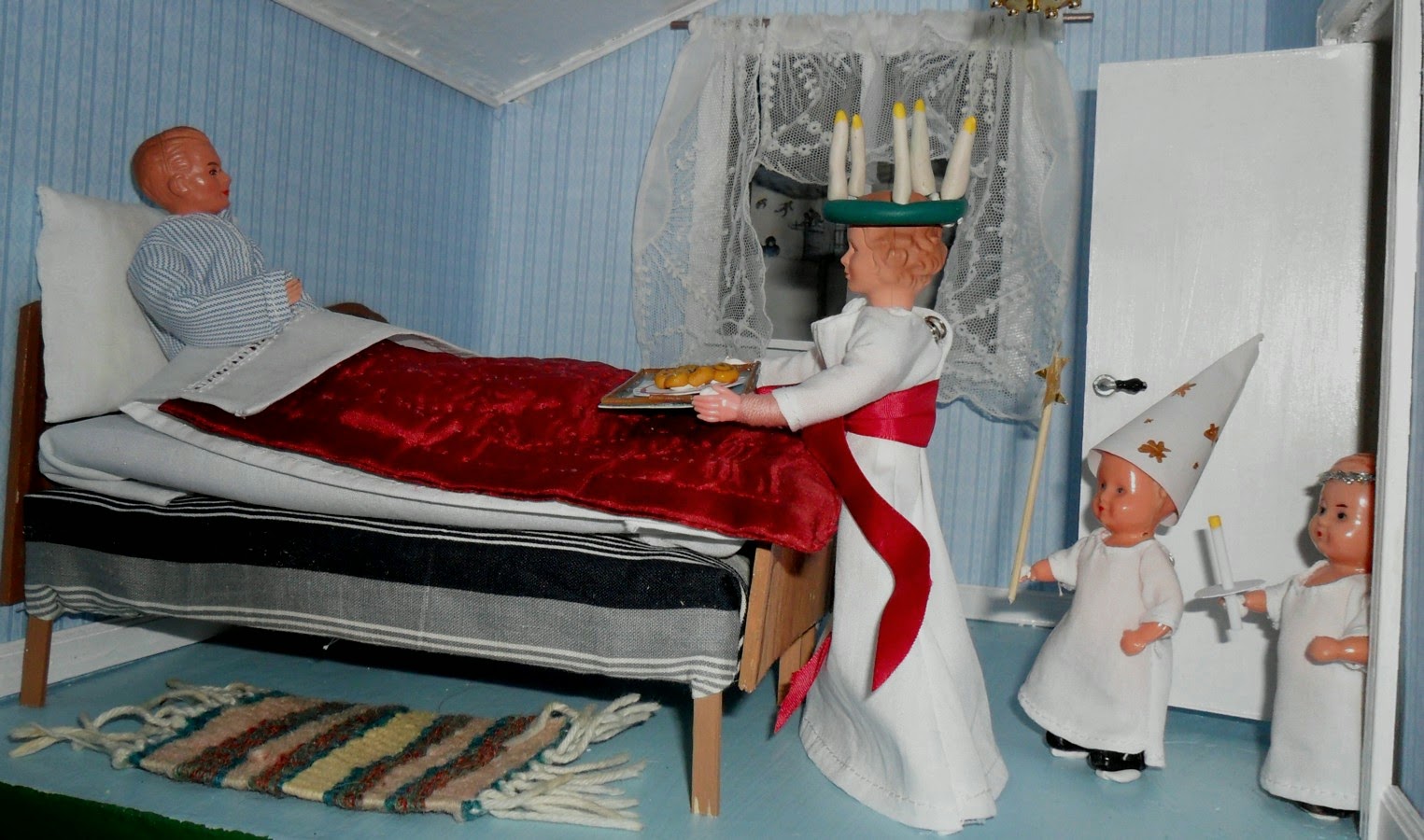 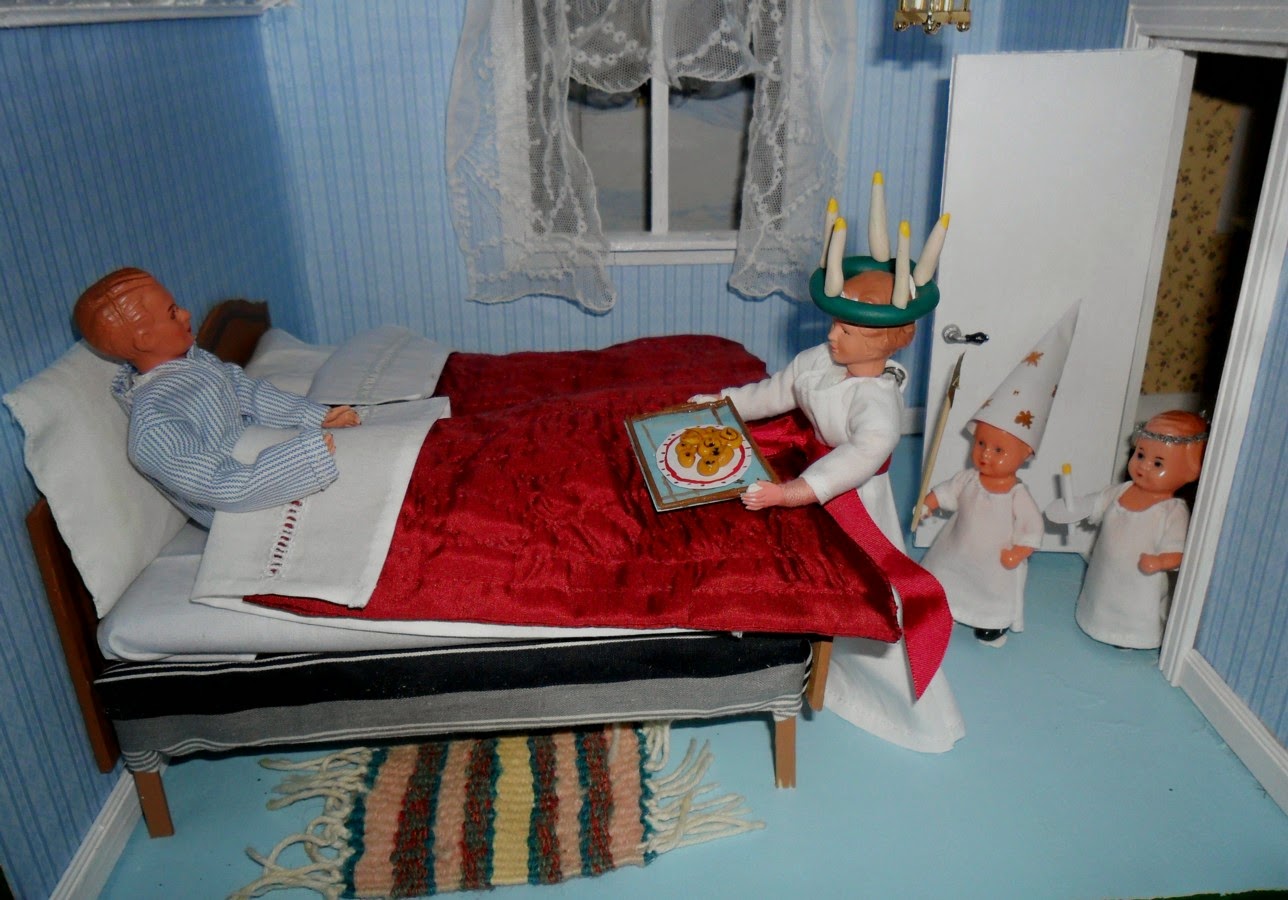